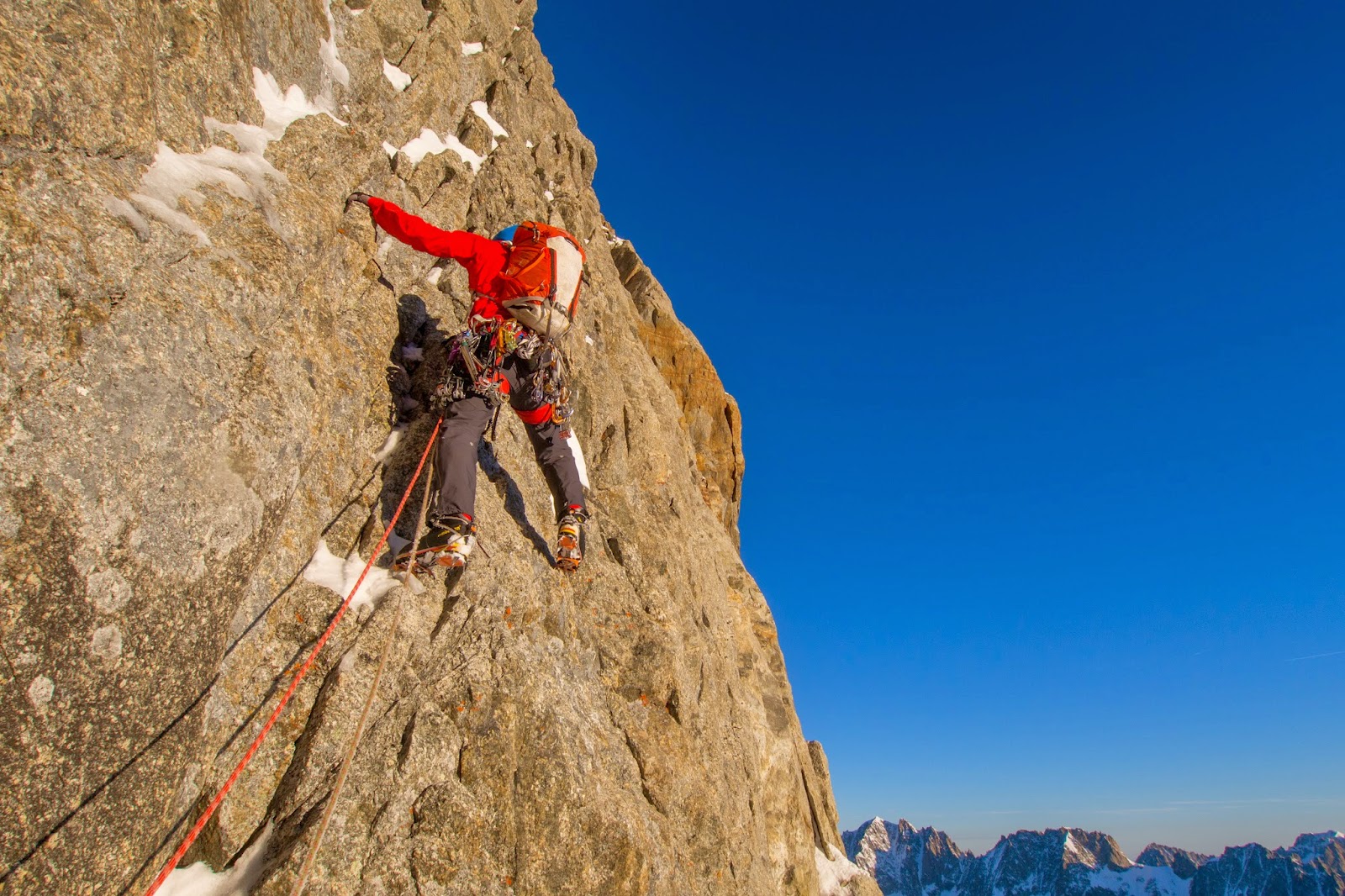 The North face of the Jorasses has many amazing routes that make their way up it's mass. One route that has been in my mind for the past few years is the Desmaison-Gousseault. It is situated on the left side of the Walker spur, and follows a series of ramps. The route has a variety of different climbing from chimney squeezes, open face ice climbing to steep rock climbing. I'm not going to go into all the history of this route on my blog, but as an outline;

Rene Desmaison and Serge Gousseault attempted the line in 1971. Due to difficulties the outing became a two week nightmare. They managed to climb to within 80m from the summit, but Gousseault collapsed with exhaustion. Leaving them stranded on the head wall. For reason still unknown, the rescue team arrived late. Once they did arrive Gousseault had been dead for three days and Desmasion was only just clinging onto life.
Desmasion returned in 1973 to finish the line with Giorgio Bertone & Michel Claret. Which I think says so much about Desmaison.